If, like me, you are a console gamer who was born in the early to mid-80s to late 90s you would be forgiven for thinking that videogames are quintessentially Japanese.

Depending on when you started playing games your impressions will vary. It might feel like console gaming started with the NES and the Master System, but that would be omitting a major part of gaming history and the reason that Japanese developers gained so much dominance of the home console market. America was where electronic gaming was really pioneered. The Japanese took their propensity for master craftsmanship and applied technical ability to produce hardware in tandem with artistic excellence to produce engaging software. Japanese companies such as Taito, Namco, and Nintendo had made inroads into the American dominated arcade videogame market with break out hits (not Breakout (1976) which was developed by Atari) in the late 70s and early 80s. The result of oversaturation and lack of quality control of games (leading to the 1983 videogame crash) left the door open for Nintendo and Japanese companies in general to capitalize on the home console market. 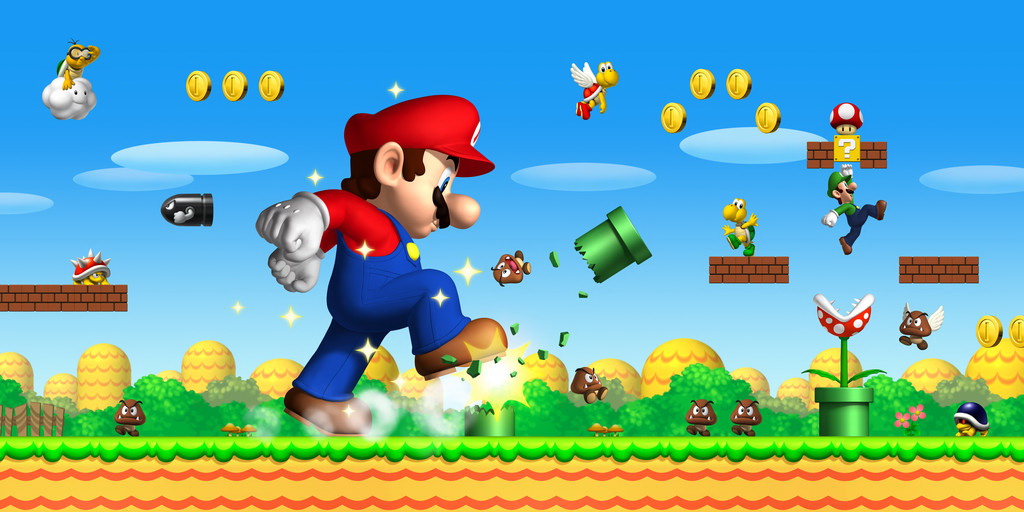 Japanese culture is intrinsically visual and lends itself well to storytelling. Way before Hollywood became interested in making games with amazing visuals and slick storylines, Japanese developers were the pioneers of videogame storytelling. They built the language used for telling stories and creating many of the aspects that make videogames what they are today. All of the successful console makers from the NES until the original Xbox were Japanese. This inevitably led to a large proportion of games being made in Japan, many of the best games in this period were Japanese, and many games reflected Japanese visual culture and Japanese sensibilities.

There was an undoubted shift from Japanese to Western dominance of the console space starting from around the time of the introduction of the Xbox. There were multiple factors involved. The improvement in processing power of the consoles meant that more advanced graphics were possible and games could be increasingly realistic and cinematic, an area of expertise that is particularly strong in America. The extra power enabled a shift towards realism away from fantasy settings, which are traditionally very popular in Japanese fiction, to real world settings that are more common in Western fiction. The move towards architecture closer to PC made it easier for PC games, which were predominantly Western, to be ported to consoles. The presence of a major American company shifted the market to a more Western focus. Other points could be added to the list, but the most salient point is that the Western console videogame market far outsizes that of Japan. Consumers dictate the market and the home console market in Japan was shrinking at a time of major growth in the West. With greater diversity it was inevitable that the absolute dominance of Japanese developers was going to become a thing of the past. However, this shift led to a general stagnation of Japanese games. Instead of taking on aspects of Western games that were highly popular, Japanese games tended to double down on catering to domestic tastes and became removed from what was popular in foreign markets. Of course some Japanese companies have continued to produce games that are popular with Western gamers, most notably Nintendo and Square Enix, but others either were hit and miss like Capcom and Sega, marginalized like Namco and Konami, or went out of business entirely.

Two titles that incidentally were both in development in perpetuity recently came out to general critical acclaim weeks apart and demonstrating two different development philosophies. Those two games were The Last Guardian from Sony’s Japan Studio and Final Fantasy XV from Square Enix. The Last Guardian took the approach of making a game with little outside influence whereas FFXV, whilst still clearly a Final Fantasy game, has an indisputable Western flavour to it. Square Enix bought many Western studios and seemingly has learnt from them using that expertise to produce compelling results.

The old classic titles still have great pulling power and the updates of some have taken elements from Western design on board to great effect, including Metal Gear Solid V, Resident Evil 7, and The Legend of Zelda: Breath of the Wild. Alongside these games, unapologetically Japanese games such as countless JRPGs and the Dark Souls series have found a significant niche without losing any of their Japanese sensibilities.

With legendary companies such as Capcom and even Sega showing signs of coming back to their best the future looks bright. Nintendo will undoubtedly continue doing their thing while taking on market trends very slowly, but for many (myself included) the thought of a Nintendo console is a thrilling prospect and yet a frustrating one as Nintendo’s attitude towards basic industry standards such as network infrastructure including voice chat, trophies, and easily manageable friend lists is apparently pig-headed. Therefore it looks like Nintendo will struggle to influence the market like they once did.

There is room in the market for games that take on Western influences and ones that forge their own path. Japanese culture, mostly in the form of Anime has seen a boom in the West in recent years, so there is clearly a market for people who want games that feel Japanese, but gaming will not be such an obvious gateway drug for a passion for Japanese culture like it was for me and so many others of my generation. Whilst Japanese games will never again have such dominance as they once did the future of Japanese made games looks bright.